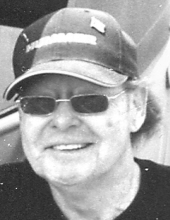 He was born August 17, 1934, in Camp Crook, South Dakota, son of the late Robert G. And Ava V. (Brewer) Cridland.Theodore was a Veteran of the US Navy from 1951-55 and received the United Nations Service Medal, Korean Service Medal, and National Defense Service Medal.

A welder most of his life, Theodore was also a cross stitch artist, NASCAR enthusiast, loved to ride motorcycles and was a dedicated and devoted family man.

Flowers are gratefully declined and memorials can be made to the Pulmonary Fibrosis Foundation, 230 East Ohio Street, Suite 500, Chicago, Illinois 60611.

Private services will be held at the convenience of the family.

To order memorial trees or send flowers to the family in memory of Theodore G. Crinland, please visit our flower store.