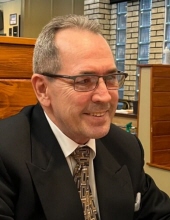 Stephen E. Case, 62, of Dunkirk, passed away Saturday, Sept. 24, 2022, unexpectedly at home. where he lived with his mother, Princess I Case.

He was born Sept. 8,1960, in Portland, Maine, the son of the late Richard C. Case and Princess (Davidson) Case.

He was an avid golfer and he loved the Buffalo Bills. He also loved country music.

Over the years he has managed the Double Tree hotel and restaurant, The Piccadilly, The Boulder, The DC Broker & The Stampede, all in Colorado. He came back to Dunkirk to help open The Sheridan, which he managed the bar and restaurant. Stephen also worked for United Airlines for 27 years.

He was predeceased by his father, Richard C. Case; and both his maternal and paternal grandparents.

He is survived by his mother, Princess I. Case; and five siblings: Ethel C Caldwell of Springhill, FL, Laura (Case) and Dennis Kszos of Forestville, Richard and Sandra Case of Seattle, Wash., Skip and Kaylene Case of Colorado, and Brian and Cinnamon Case of Colorado. He is also survived by two sons: Nicholas M. Case of Colorado and Jack Case James of Alabama. Also many nieces and nephews.

He will be sadly missed by his dear friend, Mollie Staley of Dunkirk.

A celebration of life will be held at a later date.

To order memorial trees or send flowers to the family in memory of Stephen E. Case, please visit our flower store.