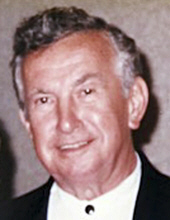 Stanley retired from the former True Temper Plant in Dunkirk, where he held the position of union president for many years, and also at one time drove a semi truck for a local company.

Surviving are a son, Kenneth (Mary) Gliwa; daughter, Nancy (John) Marron, both of Boston, NY; and grandchildren James “Jay” Gliwa of MI, Christina Gliwa of NC, Shaun Marron, Jonathan Marron and Kimberly Marron, all of Boston, NY.Preceding him in death, in addition to his parents, is his wife Delphine (Kozlowski) Gliwa, who died September 13, 2010; and brothers, Joseph and Chester “Tasco” Gliwa.

To order memorial trees or send flowers to the family in memory of Stanley D. Gliwa, please visit our flower store.