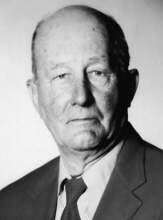 Rudolph H. "Rudy" Halicki, 95, of Dunkirk, died Tuesday evening, October 7, 2014 at Brooks Hospital with his family at his side. He was born on August 10, 1919 in Dunkirk, the son of the late John Halicki and Caroline (Turek) Halicki. He remained a Dunkirk resident his entire life, becoming a prominent local businessman and civil servant. Rudy was the lifelong manager of Halicki's Garage, a business founded by his father in 1919, and received numerous awards for sales as a Packard and Studebaker dealer. He was also a certified insurance auto appraiser and was well respected for his skills at all forms of repairs and fabrications of automobiles, trucks and towing and rigging equipment. In 1989, based on his having built over twenty tow trucks with his father and brothers, the International Towing and Recovery Hall of Fame awarded him its highest honor for his pioneering design and construction of wheel lift, tilt bed and tilt bed rollback tow trucks. During the pre-war tear-down at ALCO, he saved the Neptune statue from demolition and donated it to the city of Dunkirk. It stood for many years as the centerpiece of a fountain in Washington Park and is presently displayed at the Natatorium at Fredonia State. During the final days of ALCO, he purchased a bronze plaque of Horatio Brooks, the company's founder, from the Atlas Wrecking Company and donated it to the Dunkirk Historical Society. Rudy was also involved in the construction of a stainless steel cross that stood for many years on the shore at Holy Cross Seminary and which is presently at St. Mary's Cemetery. From 1942 to 1946, Rudy served in the Army in both the US and England, achieving the rank of Staff Sergeant. Upon returning home, he served as a Town of Dunkirk constable and councilman for many years and was the Dunkirk Town Justice from 1967 to 2000. In 1995, the Town Hall was named after him in honor of his service and for all of his efforts beyond his official duties. He was the old-est surviving charter member of the East Town Fire Department and its second Fire Chief. He was also actively involved in the fire hall's construction and housed the fire trucks at Halicki's Garage until the hall's completion in 1950. Rudy was a member of the Chautauqua County Deputy Sheriff's Association since 1949, making him the oldest and most senior member. He held the elected offices of President and Vice President and was also a member of various appointed committees. He was also a Chautauqua County deputy from 1952 to 1967, a member of the Chautauqua County Magis-trates Association and a past member of the New York State Magistrates Association. Between 1979 and 1989, Rudy was an active participant in the making of motion pictures with his brothers Toby and Ron Halicki in California and New York. He appeared on screen in "The Junkman" and in the unfinished "Gone in 60 Seconds II." He helped create many of the stunt and film vehicles and devices used in the lo-cal filming. Rudy was a member of the Dunkirk Chamber of Commerce, the Dunkirk Fredonia Dealers Associa-tion, the Kosciuszko Club and was the oldest and longest serving member of the local Benevolent and Protective Order of Elks. In 2003, the Town of Dunkirk honored him, along with Sam Mancuso Sr., as Per-sons of the Year. In 2013, he received the distinction of being honored with a Lifetime Achievement Award from Senator Cathy Young for his community service. Anyone who knew Rudy, knew that his main "hob-by" was work and his commitment to helping others. He was a friend to everyone and due to his phenomenal memory, could easily remember in detail the numerous people and events of his life. One of 13 children, he is survived by his brothers Frank Halicki of Dunkirk, Bud F.V. Halicki of Fayette-ville, PA, Ron Halicki of Dunkirk, sisters Angeline Halicki of Dunkirk, Allegra ("Bonnie") Davis Burke of California and by numerous nieces and nephews. Besides his father, moth-er and stepmother Angeline (Blazejewicz) Halicki, who raised him, he was predeceased by his brothers Ed-ward Halicki, Joseph Halicki, John C. Halicki, H.B. Toby Halicki and sisters Helen V. Ostrye, Caroline Kszos and Tara "Terry" Glasier. There will be no public viewing or visitation. Family services will be private. The Halicki family respect-fully requests that any do-nations in Rudy's memory be made to the East Town of Dunkirk Fire Department. A celebration of Rudy's life will be held at a later date.


To order memorial trees or send flowers to the family in memory of Rudolph Halicki, please visit our flower store.