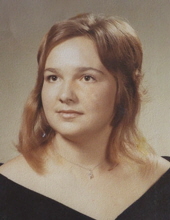 Roberta Ann Corcoran-Andrasik, 66, passed away Aug. 28, 2020, due to complications from a long and valiant battle with lymphoma.

Roberta, known as Bobbie to family and friends, and Mrs. Corcoran or “Corc” to her students, was born Aug. 16, 1954, to Edward John and Roberta Helen Bartlett Corcoran, and was raised in Allegany County, primarily Wellsville, N.Y. The second oldest of five children, she is remembered for always having the biggest voice in the room, a trait she maintained throughout her life. A graduate of Wellsville High School, she then graduated from the State University of New York at Fredonia. Before her teaching career began, she worked at labor relations, employed by the Private Industry Council, PIC.

After earning a masters degree in secondary education and attaining her teacher’s certificate, she taught eighth grade English at Fredonia Middle School starting in 1992. She then moved to the high school in 2000 following a wave of retirements, taking over as head of the English department. There she taught ninth and eleventh grade, academic intervention (AIS), and an advanced section for seniors that was approved for college credit by SUNY Fredonia. She retired regretfully in 2014 following her lymphoma diagnosis in order to focus on her health.Bobbie’s true passion for teaching started at a young age, and her philosophy can be seen in a quote given in an interview by a former student in 2007. She was quoted as saying, “I think that almost everybody that becomes a teacher, certainly on a secondary level, is really in love with their subject matter . . . but if you’re going to be a decent teacher, if you’re got to be an inspired teacher, hopefully an inspiring teacher, the kids have to be more important than the [subject matter.]”

What Bobbie enjoyed most was being with her husband of 38 years, reading books, building their lives together, and raising their children.Bobbie is survived by her husband, Joe; two sons: Steven Lawrence McKelvin (Melissa) of Lynnwood, Wash., and Alexander Corcoran Andrasik (Ronald Webb) of Penn Yan, N.Y.; one grandson, Dylan Alexander McKelvin; younger sister, Kathleen Marie Corcoran of Seattle, Wash.; and several aunts, uncles, nephews, a niece, and their spouses, and a sister-in-law.She is predeceased by her parents; and by three of her siblings: older brother, Edward John Corcoran Jr., younger sister, Theresa Rae Corcoran and her brother, James Joseph Corcoran IV.

In the days following her passing, tributes flowed in from friends colleagues, and students, Not a few of those students expressed that Bobbie’s example inspired them to pursue careers in education themselves, a fact which will ensure that her legacy endures for generations to come.

A memorial service will be announced at a later date, possibly next spring, in hopes the current global pandemic will abate, allowing for loved ones to gather without fear for their health.

To order memorial trees or send flowers to the family in memory of Roberta A. Corcoran-Andrasik, please visit our flower store.