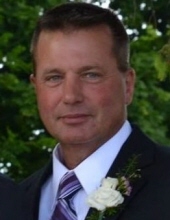 Bob was a graduate of Dunkirk High School Class of 1976. He was veteran of the U.S. Air Force, having served from 1977-83, in Germany, Japan, and Iran during the hostage crisis. Bob received the Small Arms Expert Marksmanship Ribbon, Air Force Good Conduct Medal, and Air Force Outstanding Unit Award with one Bronze Oak Leaf. He retired from the NYS Thruway Authority, where he worked for over 30 years through the Silver Creek maintenance division.

Bob enjoyed Blues music, was an avid Buffalo Bills fan, and also loved his time coaching his children throughout the years for all of their sporting teams and events.

Following the guidelines and protocols administered by the governor of NY, relatives and friends may call Thursday from 2-4 and 6-8 p.m., the R. Mackowiak Funeral Home Inc., 56 E. Doughty St., where funeral services will be held Friday morning at 10 a.m. Interment will be in Willowbrook Cemetery.

Flowers are gratefully declined and memorials can be made to the Lake Shore Humane Society, 431 E Chestnut St., Dunkirk, NY 14048.

To order memorial trees or send flowers to the family in memory of Robert W. Torrance, Jr. , please visit our flower store.