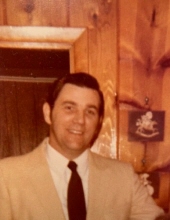 A veteran of the U.S. Marine Corps from 1955-61, he served as a sergeant, and was a radio relay tech at Camp Pendleton, Calif. He retired from Al Tech Specialty Steel.Richard was an avid fan of the NY Yankees and Buffalo Bills.

His memberships include the Blessed Mary Angela R.C. Parish Church of St. Hedwig, Kosciuszko Club, and 4th Ward Falcon Club.Surviving is his wife of over 56 years, Beverly J. (Wallace) Styborski, whom he married Oct. 17, 1964: a son, Steven M. Styborski of Texas; daughter, Suzanne M. Ingle of Kentucky; grandchildren Madison Ingle and Matthew Ingle; a brother. Paul (Judi) Styborski of North Carolina; a brother-in-law, Richard Lokietek; along with nieces and nephews also survive. Preceded in death in addition to his parents ans a sister, Carol Lokietek.

Relatives and friends may call on Friday from 6-8 p.m., at the R. Mackowiak Funeral Home Inc., 56 East Doughty St, Dunkirk. Funeral services will be Saturday morning at 10 a.m. in Blessed Mary Angela Roman Catholoc Parish Church of St. Hedwig. Interment will be in St. Hedwig’s Cemetery.

Flowers are gratefully declined and memorials can be made to the Lake Shore Humane Society, 431 E. Chestnut St, Dunkirk, 14048

To order memorial trees or send flowers to the family in memory of Richard J Styborski, please visit our flower store.