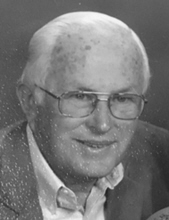 Rexford “Pat” Johnson, 80, of Dunkirk, passed away peacefully at home, surrounded by his loving family, December 12, 2017.

He was born October 7, 1937, in Dunkirk, son of the late Rexford D. and Rosemary (Goggin) Johnson. A graduate of Cardinal Mindzenty High School Class of 1956. Pat was a veteran of the US Navy and served on the USS Mills as a Meteorologic Aide and received the Good Conduct Medal.A life long resident of Dunkirk, he served the community as owner of Central Service.

A Memorial Mass of Christian burial will be celebrated Saturday morning at 11 o’clock in St. Joseph R.C. Church in Fredonia. There will be no visitation.

To order memorial trees or send flowers to the family in memory of Rexford P. Johnson, please visit our flower store.