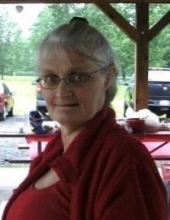 She was born on May 1, 1952, and was the daughter of the late Benjamin and Lillian (Gattie) Pfleuger of SIlver Creek.Loretta attended Silver Creek Schools.Aside from spending time with her grandchildren, and her feline companion Flea, Loretta loved playing her online games and was a die hard Buffalo Bills fan just like her late husband, Mick.

Following the guildlines and protocals administered by the governor of NY, relatives and friends may call Thursday from 2-4 and 7-9 p.m. at the R. Mackowiak Funeral Home Inc., 56 E. Doughty St., Dunkirk.

Funeral services will be held Friday morning at 10 a.m. in the Gage Chapel Community Church in Smith Mills.

To order memorial trees or send flowers to the family in memory of Loretta M. Lack, please visit our flower store.