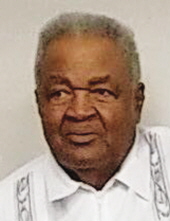 Hewitt Slaton went home to be with his Lord and Saviour Thursday, July 30, 2020, at Gowanda Rehabilitation and Nursing Home, Gowanda, after a brief illness.

He was born on March 3, 1935, in Woodbury, Georgia, the son of the late Charley Slaton and Gussie (Gates) Slaton.

In the 1950s Hewitt known as “Huey” or “Slate’, while working for the railroad, found himself in Dunkirk, New York, where he made his home until his passing. There he met and married Blanchie Lee and from their union were born four daughters. Leaving the railroad Hewitt began working construction for Local 210 until his retirement. A proud union member he was a foreman who worked on projects on the New York State Thruway and the State University of New York at Fredonia.

A true outdoorsman, Hewitt loved to spend his time fishing and hunting. His daily trips to Matt’s News and the pier to meet his “cronies”, “shoot the breeze”, and “throw a pole in the water” were his happiest times. After retirement he started his own lawn mowing business because he believed if you kept moving, you would live longer.Hewitt was a member of the Open Door #3 Church of God in Christ and the local branch of the National Association for the Advancement of Colored People. He was a former member of Good Hope Baptist Church where he served on the Trustee Board.

He leaves to cherish his memory his three daughters, Loretta Slaton (Frank) Torain of Dunkirk, N.Y.; Diana Slaton (Willie) Gladney of Charlotte, N.C.; and Betty Moore of Dunkirk, N.Y.. He also leaves to mourn his passing five grandchildren: Kristofer Mychal Gladney of Charlotte, N.C.; Bianca Lauren Moore of Forestville; Ashley Nicole Gladney of Charlotte, N.C.; Franceska Giannine Torain of Dunkirk; and Zachary Franklin Torain of Lockport, his special great-grandson whom he called “Sport” and who called him “Paca”, Cameron T. Spencer; nephew, Paul (Laurie) Williams, great-nephew, Paul Alexander Williams; two sisters, Mary Jane Beckham and Mattie Render of Atlanta; and a host of nieces and nephews. In addition to his parents.He was pre-deceased by his wife, Blanchie Lee Slaton who departed this life January 5, 2002; his daughter, Janice D. Slaton, Esq., who departed this life December 10, 2011; one brother, Eddie Clarence Slaton; and three sisters, Lavonia Copeland, Minister Cornelia Walton, and Ruby Walton.He will also be missed by his Open Door No. 3 church family and the many friends he made in the City of Dunkirk that are too numerous to name.

Relatives and friends are welcome to call today from 6-8 p.m. at the R. Mackowiak Funeral Home Inc. 56 E Doughty St. Due to Covid-19, proper precautions must be observed, please follow guidelines for protection and social distancing.Funeral services will be Tuesday morning at 11 a.m. in the Open Door #3 Church of God in Christ, 59 Lake Shore Drive West in Dunkirk. Interment will be in St. Mary’s Cemetery.

To order memorial trees or send flowers to the family in memory of Hewitt Slaton, please visit our flower store.