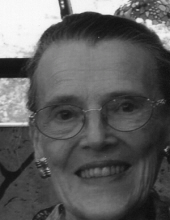 Frances M. Fuller passed away om Wednesday, December 14, 2016, after a lenghty illness.
She was the daughter of the late Benjamin H. Henderson and Helen (Ozust) Henderson.
Mrs. Fuller was born in Dunkirk and lived most of her life. She was educated at St. Hedwig's School
and Dunkirk High School Class of 1953.
She lived in Rochester for a brief time. She was a previous member of St. Hedwig's Parish and
participated in many of its organizations. Frances was employed in her early years at the Boston Store and Kraft Foods in Dunkirk. She had also worked at King Windows for 12 years and was noted as an excellent screen designer. Her pastimes included taking several Canadian vacation trips and enjoying all types of antiques. She was a expert in doll making, restoration and collecting. Frances loved all animals both wild and domestic. It was noted in her neighborhood that no cat or dog passed throuh her property being hungry. Surviving is her husband Lester C. Fuller, with over 60 years of marriage, son John (Rhonda) Fuller of Port Orange, FL, grandchildren Michelle (Greg) Palinkas of Orlando, FL, Johnathan (Gaby) Fuller of Daytona Beach, FL, grat-grandson Jace Fuller, sister in law Jane (late Benjamin) Henderson, brother Robert (Marcia) Henderson of Dunkirk, along with several nieces and nephews. Frances is preceded in death by her brother Benjamin, who died March.   20, 2016. There will be no visitation and private services will be with the immediate family. Memorials may be made to the lakeshore Humane Society, 431 E. Chestnut Street, Dunkirk, NY 14048.

To order memorial trees or send flowers to the family in memory of Frances M. Fuller, please visit our flower store.