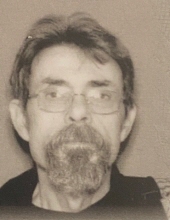 A retired employee of BFI in Dunkirk.

A member of the Elks 922, Ed could be found playing bingo.

He also enjoyed sitting by the lake and talking with his buddies.

Ed loved his children and grandchildren to include his daughters: Tina Lynn Alameda of Bay City, Tex-as and Robin Mae Campbell of Dunkirk; sons: Edwin North of Dunkirk, and Paul Clutter of Brocton; grandson, Quincy Lewis of Texas; and grand-daughter, Sofia Rott of Clarence; nieces and nephews also survive.

Preceded in death in addition to his parents are a brother, Lewis Campbell; and sister, Debbie Falvo.

A celebration of life will be held at a later date.

To order memorial trees or send flowers to the family in memory of Edwin G. Campbell, please visit our flower store.