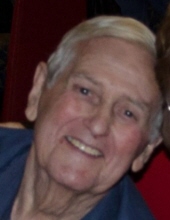 He was born on May 10, 1939 in Widnoon, PA and is son of the late Myrle LeRoy Williams and Mable Salsgiver.

Don was employed for many years as a loyal United Steel Workers of America Local 2693 member of the former Altech Specialty Steel Corporation until his retirement in 1998.

In his retirement, he continued to participate in the USWA annual picnic. He was a parishioner of Blessed Mary Angela Church of St. Hyacinth’s.

He was an active member of the First Ward Falcons, Dunkirk Falcons, Dom Polski, Moniuszko, Kosciuszko, Fredonia Beaver, and WWII Vets Clubs, as well as a director of the Southern Tier Bills Booster Club.Don was a proud provider for his family, taking yearly vacations and enjoying seasonal camping with his young family. He found real happiness being a snowbird with his wife in their retirement years spending many winters in their home in Titusville, Florida, and was very active in the Police Athletic League of Titusville. He loved listening to Elvis Presley and enjoyed coin collecting. He was an avid Kansas City Chiefs and New York Yankees fan.

Relatives and friends are welcome to call today from 2-4 and 6-9 PM at the R. Mackowiak Funeral Home Inc., 56 East Doughty Street in Dunkirk. Funeral services will be held Wednesday morning at 10 in Blessed Mary Angela R.C. Parish Church of St. Hyacinth. Private interment will be held in St. Hyacinth’s Cemetery.

To order memorial trees or send flowers to the family in memory of Donald J. Williams, Sr., please visit our flower store.