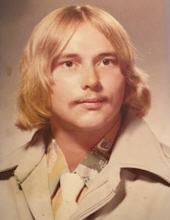 David was a graduate of Forestville High School in 1977.He was a retired employee of Chautauqua County DPW and past manager of the former Pen’s (NAPA) Parts in Dunkirk. Among his hobbies, David enjoyed classic cars, and fully restored a 1967 Corvette Convertible with his brother Jim, also he had collected and raced gas powered radio controlled cars.Surviving is his wife and soulmate of over 40 years Jeanenne H. (Bloss) Gizowski; also a niece and nephew survive.Preceded in death in ad-dition to his parents are brothers Kenneth and James Gizowski.

Arrangements are by the R. Mackowiak Funeral Home Inc., Dunkirk.

To order memorial trees or send flowers to the family in memory of David J. Gizowski, please visit our flower store.