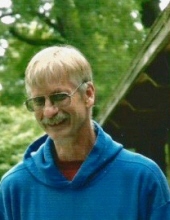 Born May 17, 1955, in Saratoga Springs, N.Y., he was the son of the late Clifford Nickle and Suzanne (Kennedy) Nickle.

David was a one-of-a kind person. His infectious personality and overall kindness made you feel like you were lifelong friends, even though you may have just met. David was the king of the practical joke, and he was sure to bring a smile to your face, despite the overall cheesiness of most of his jokes. David had a bleeding heart for animals, and he gave many a second chance they were never guaranteed.

He was also an avid history buff and was especially wellversed in Western New Yyork history, Eastern New York history, railroads, trolley lines, and vintage postcards.  David was a big sports fan as well. He was a proud Minnesota Vikings (don’t hold it against him), Baltimore Orioles, and Buffalo Sabres fan. He enjoyed fantasy football as well, but he may go down as the worst fantasy football manager of all time. David was always ready and willing to lend a helping hand. No matter the time of day or how long of a shift he may have put in earlier, he would always be there for you, no questions asked. In a world that so often lacks compassion and kindness, it would be of great benefit to anyone to look at how David lived his life.

David will be greatly missed, but if you were lucky enough to know him, then you were changed for the better.

To order memorial trees or send flowers to the family in memory of David B. Nickle, please visit our flower store.