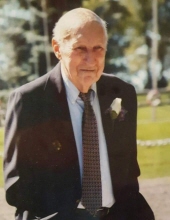 A lifelong resident of Dunkirk/Fredonia, he married to the late Jackie (Lancaster) Formanowicz on Feb. 9, 1952.

Dan retired from the Chevrolet Tonawanda Engine Plant after 25 years in January 1990.  He had previously worked at Alco Products for 15 years and was very active in Steelworkers Union Local 2286, serving as president, vice-president, shop steward and grievance committee member.

Most of all, Dan loved his family, particularly family get togethers, and he especially enjoyed the Christmas season.

Memorial service to be determined at a later date.

To order memorial trees or send flowers to the family in memory of Daniel R. Formanowicz, please visit our flower store.