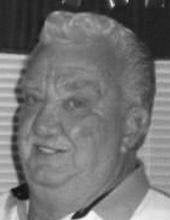 Cliff started Nickerson Atlantic in Dunkirk in 1965, later moved to Fredonia until settling in Brocton with his own business in 1982 as Nickerson’s Used Cars until his retirement in 1998, when he turned the business over to his son John.

An avid Demolition Derby driver for many years, Cliff was the Chautauqua County Demolition Derby Champion in 1976 and was Best of Show and Runner up multiple times, and passed his passion on to his children and grandchildren.

Cliff was an avid hunter, fisherman, he enjoyed camping and wintering in Florida. He loved to spend time with his grandchildren and great grandchildren.

Relatives and friends are welcome to call Monday at the R. Mackowiak Funeral Home Inc., 56 East Doughty Street in Dunkirk, from 2-4 and 7-9 p.m., where Christian Burial Services will be held Tuesday morning at 10 a.m. Interment will follow in Portland Evergreen Cemetery.

To order memorial trees or send flowers to the family in memory of Clifford N. Nickerson, please visit our flower store.