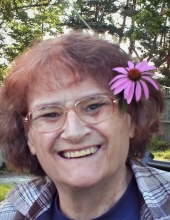 Christine Marie Brigham, 64, of Dunkirk, N.Y., passed away on Jan. 20, 2022, at Newfane Nursing Home after a sudden onset but lengthy illness.

Christine attended school at Ripley Central School, graduating with the class of 1976.

She served briefly in the U.S. Navy and received an honorable discharge.

Christine worked various jobs over the years including time working at The Resource Center in Dunkirk, N.Y.

Ms. Brigham was a member of the Riplettes Marching Corp at Ripley Central School. She en-joyed the outdoors and could spend many hours at family BBQs and back yard or beach fires while listening to her many favorite songs and playing “Name That Tune.” Christine was an avid fan of water and swimming. She and her siblings were fortunate enough to grow up at their family homestead on the banks of Lake Erie in Ripley, N.Y., where they shared many fond memories. In recent years, she resided with her nephew, Phil Wilkinson in San Diego, Calif., and more recently and currently in Dunkirk, N.Y.

Survivors include her sister, Dorothy (Brigham) Burfield of Edinboro, Pa.; brothers: Robert Brigham and Michael Brigham and sister, Nancy (Brigham) Bentley, all of North East, Pa., her sister, Kathleen (Brigham) Rice Markham of Westfield, N.Y., and her sister, Rebecca (Brigham) Catanese of Bradenton, Fla. and her daughter, Heidi Christine Dibble of Warwick, R.I.; and many nieces, nephews and in-laws.

She was predeceased by her parents, Robert and Joan; her brothers: James and Bernard (Bernie); her sisters: Mary Jo and Ann Marie; and her ex husband, William Gerald Dibble III.

A memorial service may be announced at a future date.

To order memorial trees or send flowers to the family in memory of Christine Marie Brigham, please visit our flower store.