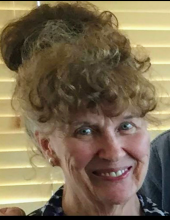 Carolyn S. (Hoth) Wisniewski, passed away peacefully with the Rosary and prayers surrounded by her loving family on Sept. 14, 2021.

Carolyn had the most empathetic heart which proved to give her the base to be a compassionate, skillful, sincere caregiver. Carolyn was a registered nurse who graduated from the Women’s Christian Association Hospital School of Nursing in Jamestown, N,Y,m in 1962. Carolyn worked in various healthcare facilities that included the Veterans Affairs Hospital in Buffalo, N,Y, the Chautauqua County Home and Brooks Memorial Hospital, both in Dunkirk, N.Y. Carolyn shined as a nurse, the most, in her ability to take such wonderful care of her family members; from her aunts, to her mom, to her children and grandchilren. Carolyn had a true heart of gold.On June 6, 1964, Carolyn married the “Cherry’s Sweet Shop” sundae maker extraordinaire, James J. Wisniewski.

Jim first noticed Carolyn walking home from Church on Sundays and Carolyn noticed Jim while sitting for hours on end by the counter, drinking lemon blends he made, until she floated out the door. But not before taking with her a special sundae Jim made for her for her mom each night and since she just lived up the block, it would make it home without melting. Jim was Carolyn’s date to her Senior Prom and 62 years later and 57 married years later they were still inseparable. As Jim has always said, he was Carolyn’s heart, but Carolyn was his life. He will always love his “Schotz” as he called her.

Carolyn was a wonderful, nurturing, loving moth-er whose heart thrived for her daughters, Kimberly and Tamara. Carolyn was nothing short of amazing in the dedication and commitment she showed in helping her children become the best they could be, no matter what labels, limitations, or obstacles were placed on them. Kim was the light of her life and Tamara was an extension of her heart that followed her mom’s lead. She taught her girls well to recognize and understand the true treas-ures and essence of life, which were God, faith, family, and love.

There was none more important to her than her two darling sweethearts, her grandchildren, Noah and Myah. The genuine love, respect, and beauty in their relationship can not be compared to any other. Carolyn cherished these children and she even celebrated each of them on the second and twenty-second of each month, the dates of the month they were each born. She taught them that God and family were the most important things in this world. She told them both to believe in them-selves and to remember Grand MaMa will always be with them, no matter what, always in their hearts.

Carolyn showed a love of God that was so faithful and so beautiful that it helped to lessen the ravages of the last three weeks of all those near her. The radiance and grace that shined through her was a true glimpse into the heart of God, Himself. The brilliant light that shined through her was nothing short of breathtaking. Her knowledge and conviction of what was to come, al-lowed her to share with others the joy of a new life beyond sadness and de-vastation. She would say, “It will be okay. No matter what, it will always be OK.” The love that emanated from Carolyn, was awe inspiring and a gift to all her family that were with her in body and spirit.

Carolyn was a past member and held various leadership positions in various organizations that included the St. Hyacinth Mother’s Club, the Kosciuszko Polish Home, and Catholic Charities. Carolyn was a member of the Blessed Mary Angela Parish, Church of St. Hyacinth in Dunkirk, N.Y.

Carolyn is survived by her loving husband, James Wisniewski; her devoted daughter, Tamara Wisniewski Benjamin, and her precious grandchildren, Noah and Myah Benjamin, all of Dunkirk, N.Y.. She is further survived by her caring sister, Diane Pulvino of Erie, Pa..; and her special brother, David (Anita) Hoth of Alta Loma, Calif,; her beloved nieces: Rennae (Joseph) DiRaimo and Julie (Jefforey) Williams; and her wonderful niece and nephew, Jodie Bollman of Arizona and Randall Odebralski of Texas. Carolyn is also survived by supportive family members: Joseph and Pauline Wisniewski of Dunkirk and Mary Ann and Don Dawson of Ohio. Several wonderful nieces, nephews, and cousins also survive in her large ex-tended family.

Carolyn was preceded in death in addition to her mother, by her dearest daughter, Kimberly S. Wisniewski, who passed away on Oct. 7, 2020; her thoughtful sister, Nancy L. Odebralski, who passed away on Dec. 21, 2020; her brother-in-law, Ronald J. Odebralski; her in-laws, Edward and Anna Wisniewski; and her family members,: Edward and Jen-ny Wisniewski and Norman and Pauline Cherry. She was further predeceased by her dear aunts and uncle: Theresa Edsall, Emily Mackowiak, Lillian Wyszynski, Margaret Ko-zlowski, and Erwin Wyszynski.

Relatives and friends are invited to a Memorial Mass to be celebrated at the Blessed Mary Angela Parish, Church of St. Hyacinth on Tuesday, Sept. 21, 2021, at 11 a.m., celebrated by the Rev Father Michael Parker. Family will be present at the church one hour before the Mass start-ing at 10 a.m.

A rosary will be recited before the Mass. Interment will be in St. Hyacinth Cemetery.

To order memorial trees or send flowers to the family in memory of Carolyn S. Wisniewski, please visit our flower store.