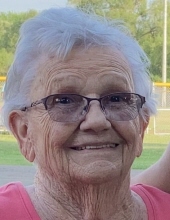 Carol S. Bekeleski, 85, of Dunkirk, died, Feb. 24, 2022, at Brooks Memorial Hospital, with her loving care giver and niece, Debra Messere at her side.

She was born in Dunkirk May 16, 1936, daughter of the late George and Evelyn (Hayes) McQuiggan.

Carol owned and operated with her late husband, Becky’s Deli in Dunkirk, for a number of years.

She also participated in local softball and bowling leagues.

Carol was a community leader, having served as the tenant commissioner and treasurer of the Dunkirk Housing Authority from 1998-2018.

She was energetic and always on the go, happy to lend a hand to her family, friends, and neighbors. Carol possessed a positive outlook on life and was always quick to point out the best qualities of the people she interacted with.

As the outgoing person that she was, Carol could be found spreading her sense of humor and love of life at community events all over town.

She could be very entertaining, and knew how to make people smile.

Her memberships included both Dom Polski’s and the Kosciuszko Polish Home in Dunkirk.

Surviving is her brother, John (Nina) McQuiggan of Dunkirk; along with many nieces and nephews.

To order memorial trees or send flowers to the family in memory of Carol S. Bekeleski, please visit our flower store.