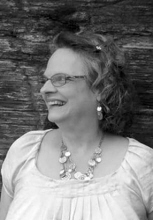 Camilla J. "Cammy" Finch, 55, of Dunkirk, died Sunday morning, September 20, 2015, following a short illness with her loving family at her side at Buffalo General Hospital in Buffalo. She was born March 12, 1960, in Salamanca, NY, daughter of Richard E. and Hazel Mae (Newcomb) Gates. Cammy was a devoted sales associate at WalMart in Fredonia. She enjoyed Lake Erie, talks and visits with her parents, her children and grandchildren. A very outgoing person, Cammy could put a smile on the face of anyone having a bad day. In addition to her parents, she is survived by her children: Adam (Jillian) Bush of Missouri, Christina (Thomas Guziec) Maldonado of Dunkirk, Rebecca (Joshua Neumeister) Gates of Fredonia; her grandchildren: Keagan, Marguerite Mercer, Jakob Montoya, Morgan Mercer, Skyler Bush, Alexavier Bush; her siblings: Roxann (Robert) Hunnicutt of Alabama, Ramona (Stephen) Libby of North Carolina, Corrine (Timothy) Pfleuger of Dunkirk, Reatha (Jack) Owen of Ill., Wendall (Tammy) Gates of Steamburg, NY, along with nieces, nephews, aunts, uncles, cousins and her extended WalMart Family. Relatives and friends are welcome to call at the R. Mackowiak Funeral Home, Inc,, 56 East Doughty Street in Dunkirk on Thursday from 2-4 and 7-9 p.m., where funeral services will be held Friday morning at 11 a.m.. Interment will follow in St. Hyacinth's Cemetery.

To order memorial trees or send flowers to the family in memory of Camilla Finch, please visit our flower store.