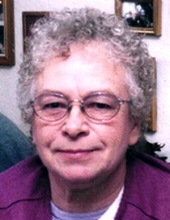 Ardene was born in Dunkirk; the daughter of Walter Raczka and Julia Kulpa Raczka.

Ardene worked for a period of time in insurance; excelled at purchasing at Alumax Extrusions and subsequently as a secretary in a local law office.

Ardene was a loving mother, wife and daughter. She enjoyed spending time with her sister Joanie and raising the family.

She appreciated and enjoyed birds, flowers, polish traditions and holidays and the Buffalo Bills.


She was undeniably firm in her resolve and cherished her faith in God and the Catholic religion. Ardene had health concerns throughout her life. Now with God, she is no longer in pain and is enjoying and smiling with the ones she so cherished.

She is the grandmother of Brett, Adam, Hunter, Bradley and Kevin. Also surviving are many nephews, nieces and cousins and sister-in-law Elaine Raczka.

She is predeceased by her husband James who passed away on November 28, 2019, brothers Ronald (Gail) Rankin, David Raczka and sister Joan Raczka.

Relatives and friends may call Friday from 6-8 PM at the R. Mackowiak Funeral Home Inc, 56 E Doughty St, Dunkirk. A mass of Christian will be celebrated at St Hedwig’s on Saturday at 10 a.m. with special intentions made for late sister Joan Raczka and late husband James Norman Dimmer.

To order memorial trees or send flowers to the family in memory of Ardene Dimmer, please visit our flower store.