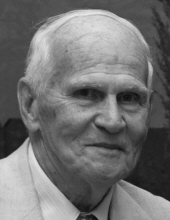 He was born April 4, 1929 in Dunkirk, the son of the late Frank and Cecelia (Banach) Kubasik.

Arthur was a veteran of the Korean Conflict having served in the Second Infantry Division.

He was formerly employed at the ALCO plant in Dunkirk and retired from AL TECH Specialty Steel in 1992 after working 32 years in the maintenance department as a carpenter.

Arthur was active in the Dunkirk Little League program serving as a coach and manager for the Lions Club. He was an avid bowler in the Dunkirk Bowling Association for over 30 years. Arthur enjoyed trips to the casino and being a fan of the New York Yankees and the Buffalo Bills.

Memberships include Blessed Mary Angela Parish Church of St. Hyacinth and a lifetime member of both the First Ward Falcon Club and the Moniuszko Club.

Relatives and friends are welcome to call Sunday from 4-8 p.m. at the R. Mackowiak Funeral Home Inc., 56 E. Doughty St. in Dunkirk.A Mass of Christian Burial will be celebrated Monday morning at 10 0’clock in Blessed Mary Angela Parish Church of St. Hyacinth.Interment will be in St. Hyacinth’s Cemetery.

To order memorial trees or send flowers to the family in memory of Arthur F. Kubasik, please visit our flower store.